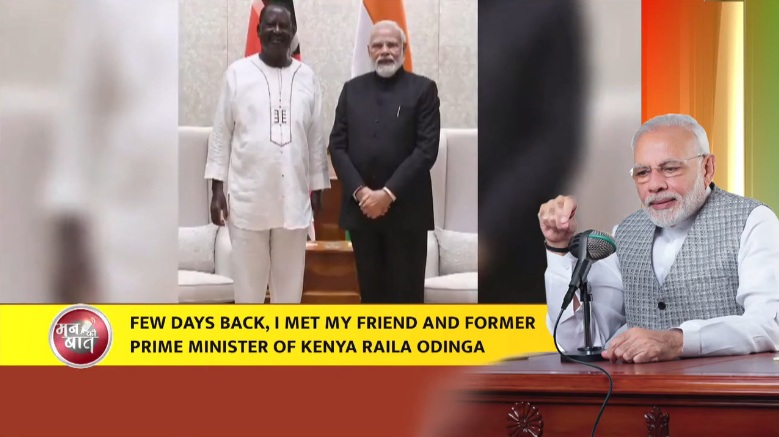 Hon. PM Narendra Modi Congratulates the ayurvedic treatment at Sreedhareeyam received by Mrs. Rosemary Odinga. She is the daughter of Former Kenyan Prime Minister, Raila Odinga, and the eye treatment at Sreedhareeyam helped her regain her lost eyesight. He said, “To relieve pain in one’s life with our traditional system is something all Indians should be proud of. The utmost misery of losing the eyesight had troubled my good friend Raila Odinga & his family, but the treatment in Ayurvedic Eye hospital brought back light into their life. They went to several foreign countries and world renowned hospitals, but her eyesight couldn’t be restored. Finally they heard from a friend about Ayurvedic treatment. Initially they were hesitant, but finally they arrived in India and completed the treatment. Remarkably her eyesight was restored, and she could lead a normal life”. “Mr. Raila Odinga personally met me and told the story, he was particularly keen on opening a branch of this Ayurvedic treatment in Kenya to make it available for citizens of his country”, PM Modi said.