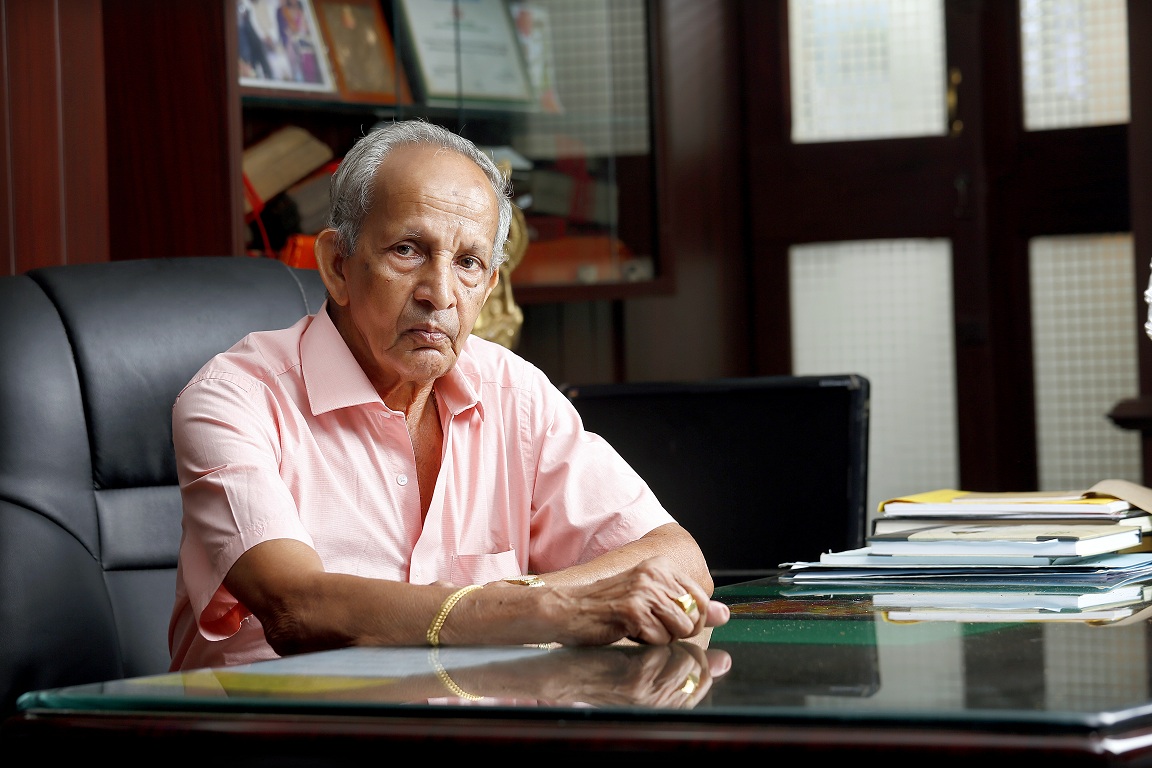 Sreedhareeyam Group Chairman Sri N.P Narayanan Namboothiri has immense practical knowledge in the preparation and manufacturing processes of traditional Ayurvedic Medicines. He carries forward the legacy of renowned vaidyans in Nelliakkattu Mana which has a long tradition of 400 years in Ayurvedic treatments. He along with his brother Dr. NPP Namboothiri created the Sreedhareeyam Group adhering to the guidelines and teachings laid out in the form of Thaliyolas and scriptures by the ancestors in the mana. The vast repository of knowledge in Nelliakkattu Mana forms the basis of treatment procedures and medicine formulations in Sreedhareeyam Group institutions. 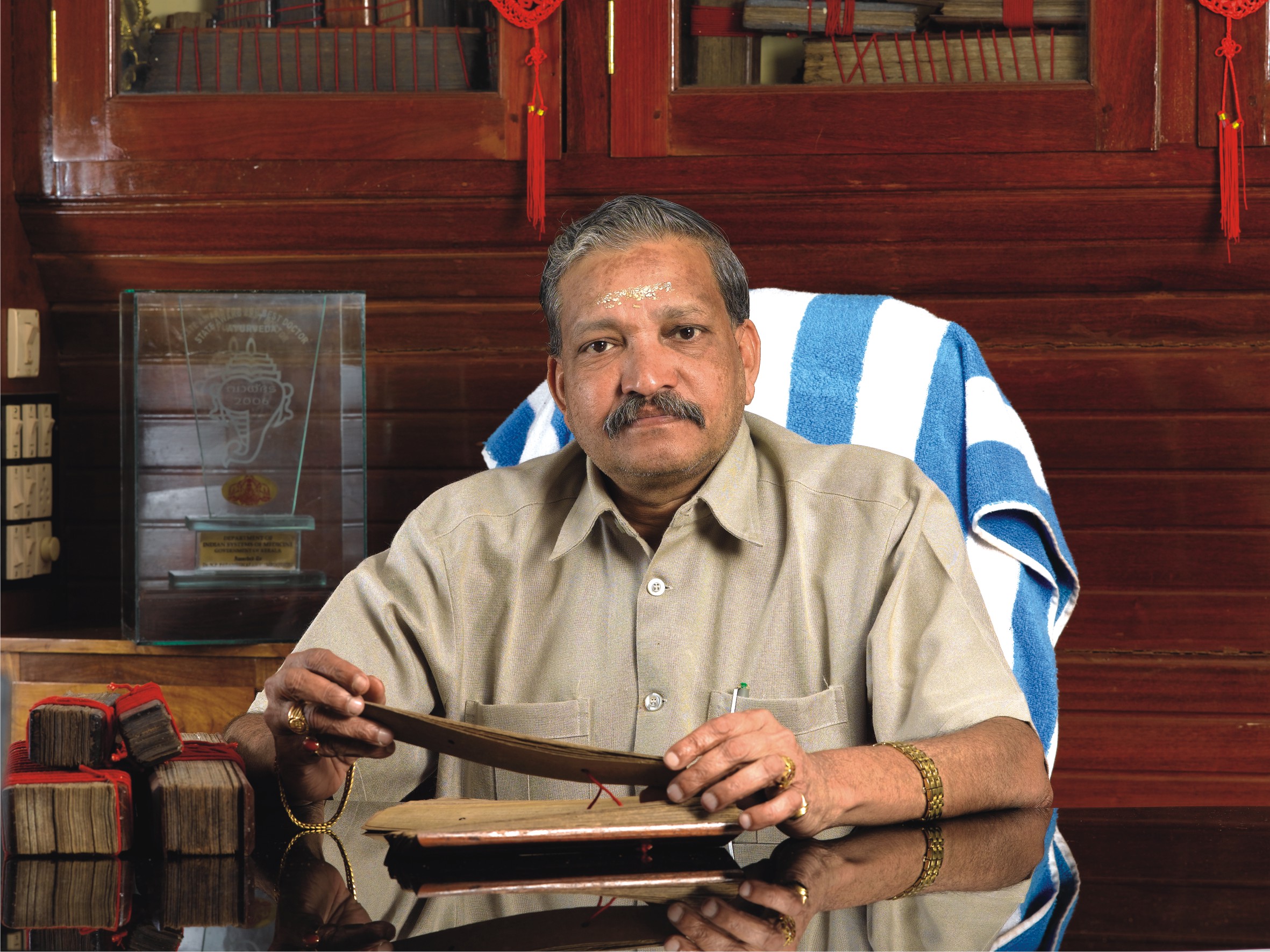 Dr. NPP Namboothiri is the Managing Director of Sreedhareeyam Group of institutions. Under the expert guidance and training of the seniors of Nelliakkattu mana, he gained expertise in Ayurveda enriched by the extensive clinical experience and knowledge of the ancients of the mana. He went on to acquire professional qualification in Ayurveda after which he was in government service for around 3 decades, when he made a name for himself as an Ayurvedic ophthalmologist. During his tenure, he was able to treat and cure many eye diseases that other medicinal methods had failed to cure. After retiring from the government service, Dr NPP Namboothiri along with his elder brother Sri N.P Narayanan Namboothiri laid foundation to Sreedhareeyam, the Ayurvedic Eye Hospital and Research Centre, in Nelliakkattu Mana. Set up in 1998, Sreedhareeyam has today grown into a 350 bed hospital, with all the modern facilities for treatment of eye diseases. Dr. N.P.P. Namboothiri has become a phenomenon through his relentless inquisition, research and establishment of “Shalakya Tantra”, an important canto of Ashtanga Ayurveda,that synthesizes all diseases above the neck. He specifically chose to specialize on all ailments related to ophthalmology, diagnosed root-causes, delved into the anatomy and independently chiseled a curative system. In this time, he has received numerous awards and recognitions from all over the world for his unparalleled contributions to Ayurveda and Ayurvedic ophthalmology in particular. Some of the recognitions are :- 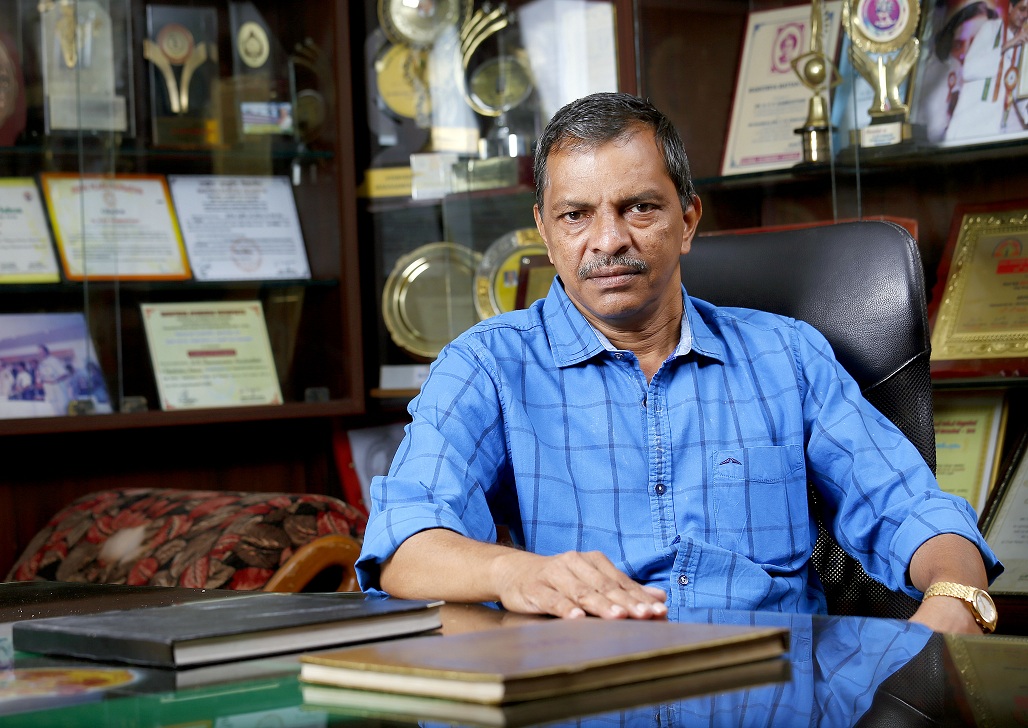 An expert in medicinal preparations and the master brain behind the venturing of the group in to other business verticals, Parameswaran Namboothiri has hands on practical knowledge and exhaustive experience in business management. Son of Group chairman Sri Narayanan Namboothiri, he has immensely contributed towards the close scrutiny of quality delivery during the different stages of expansion. He is the originator of the vast herbal farms cultivated by the group which has been a critical element in the quality assurance of the medicines produced. 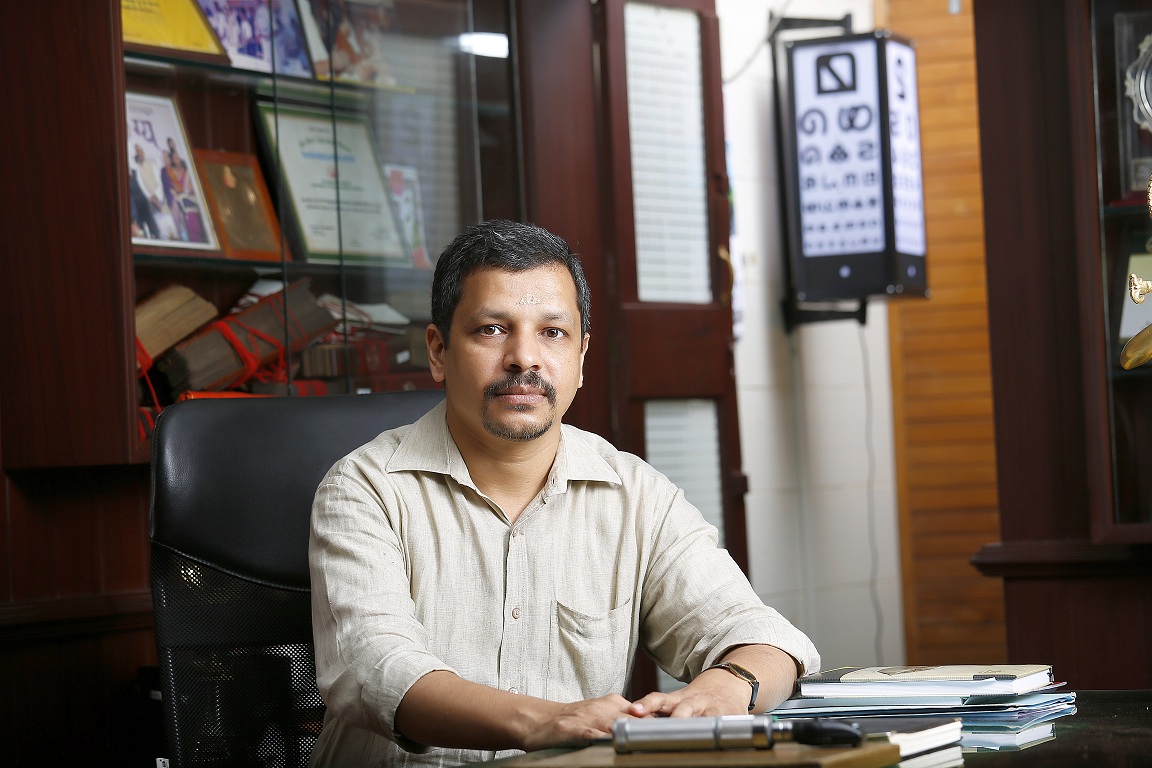 With 21 years of all-encompassing clinical experience and research background in Ayurvedic medicines, Dr. N. Narayanan Namboothiri is today the chief medical officer of Sreedhareeyam Ayurvedic Eye Hospital and Research Centre. He is proficient in all of the branches of Ayurveda. Being an expert in Dravyaguna Shastra (Ayurvedic Pharmacology), he understands the properties and the assimilation nature of each medicine used in Ayurveda and puts it to work in his clinical endeavours. The skills which were obtained by him through the rigorous training received from the seniors of the family, were further sharpened by going through professional masters course in Ayurvedic ophthalmology. He embraces both the ancient system and the modern system of medicines and is also keen to update his knowledge reservoir by ardently following modern technological advancements and latest research reports. He has received many awards for his elaborate contributions to Ayurveda as a whole and also to ayurvedic ophthalmology which is constantly gaining relevance in an otherwise under-utilized branch of Ayurveda, that is Shalakya Tantra. 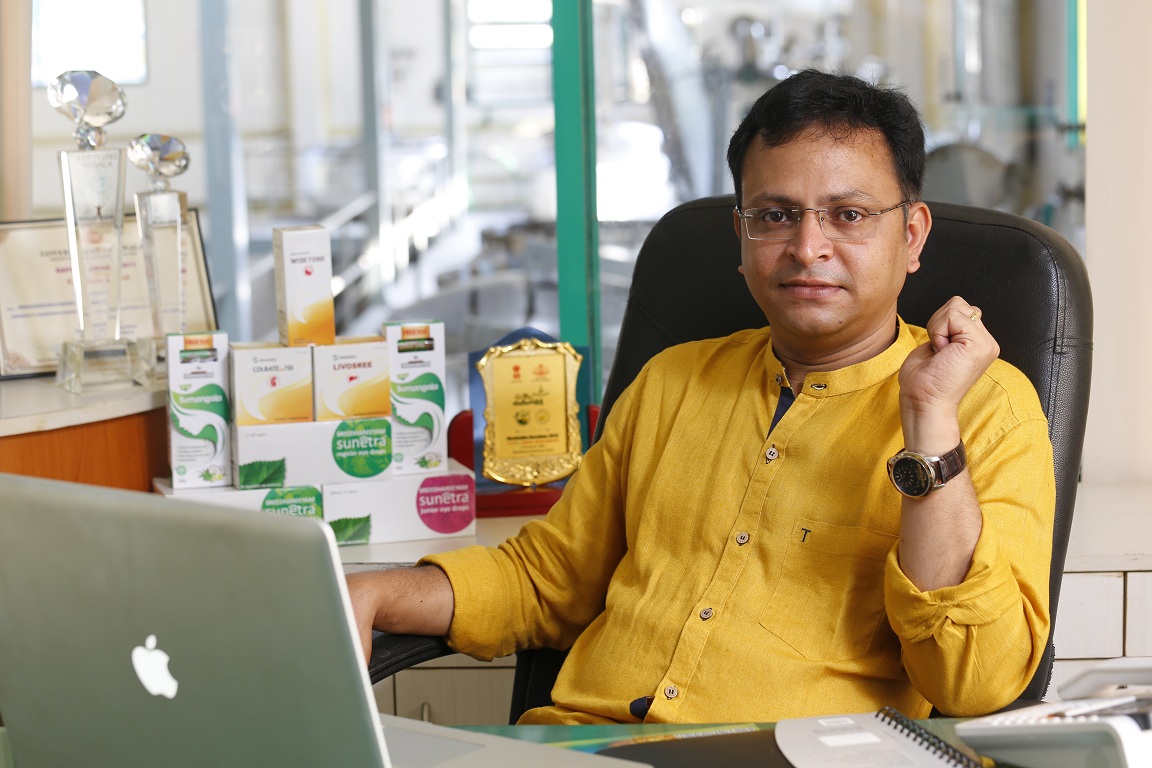 Hari N Namboothiri has an array of awards to his credit for the exceptional entrepreneurial qualities displayed for the development of the brand Sreedhareeyam. Under his supervision, Sunetra Eye drops, the flagship product from Sreedhareeyam extended its reach to several countries, thus reflecting upon the years of hardwork and research put into the development of the product. He has been instrumental in Sreedhareeyam extending its wings to 23 branches all over India. A true visionary and an expert exponent of developmental opportunities, under his leadership and guidance, Sreedhareeyam has metamorphosed into one of the largest ayurvedic healthcare service providers in the country. 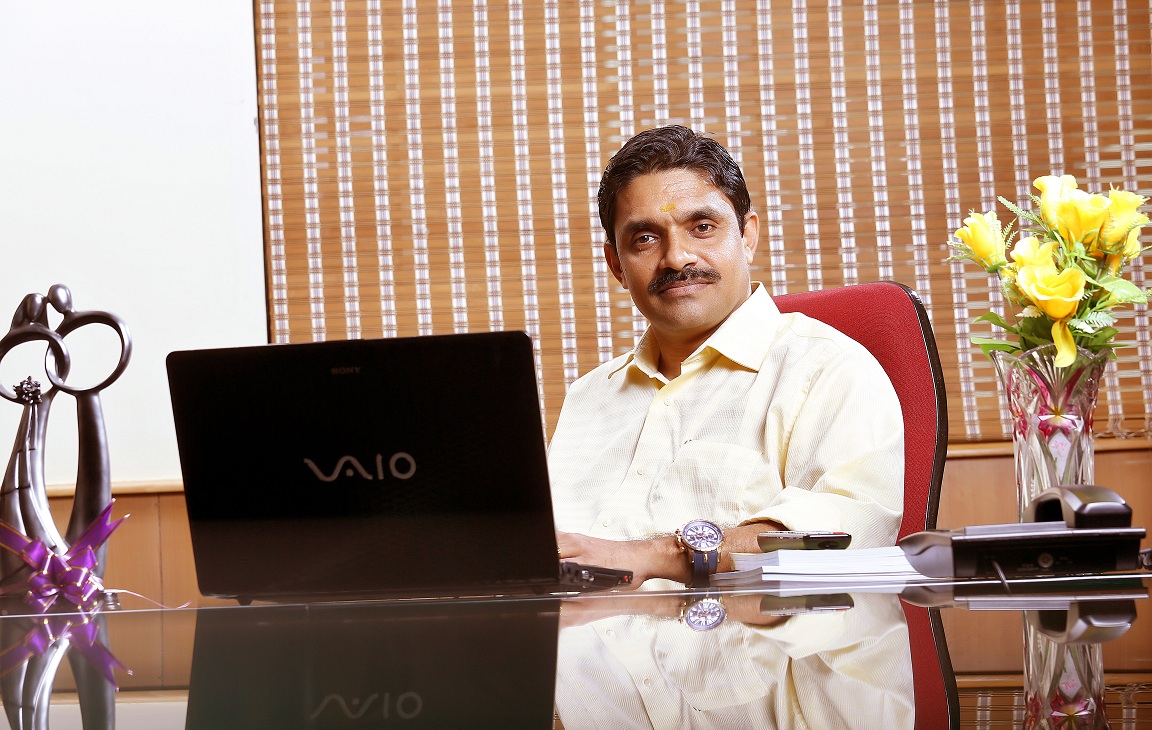 An engineer by profession, Mr. Biju Prasad has displayed exceptional zeal and exploratory skills to develop Sreedhareeyam Ayurvedic Eye Hospital to its current form. The mastermind behind the acquisition of NABH and other numerous accreditations to the hospital, he has always stressed on the quality delivery and process orientation aspects of the institution. The growth of Sreedhareeyam Ayurvedic Eye Hospital & Research Centre stands as the single most mute and shining testimony to the contribution and hardwork put in by him and it is aiming for greater heights under his exemplary leadership. 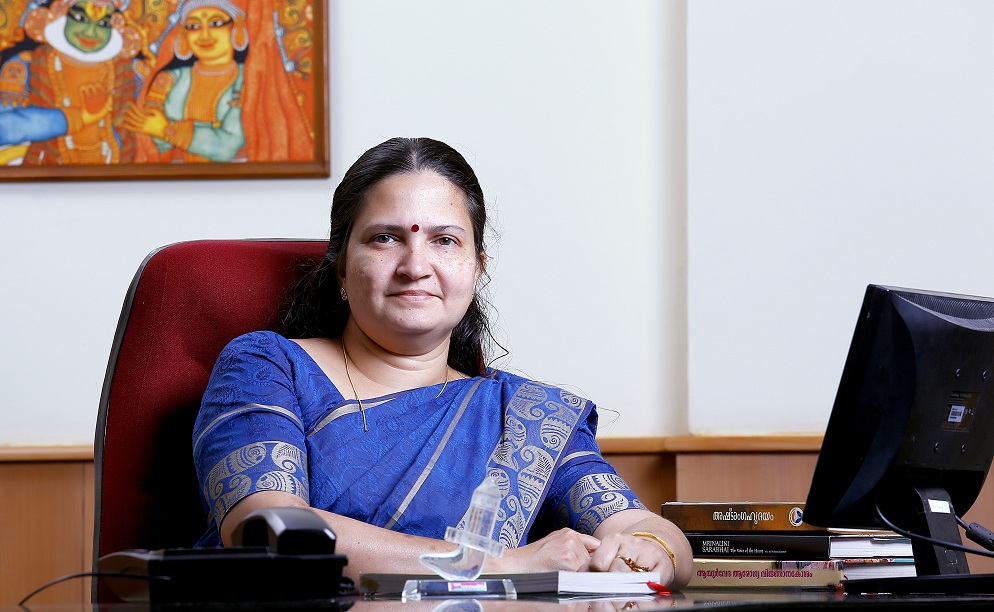 A professionally trained ayurvedic ophthalmologist with more than 19 years of clinical experience to her credit, Dr. Sreekala N.P is an expert in management of degenerative eye disorders and retinal vascular disorders. She is the daughter of Dr. NPP Namboothiri and she has acquired her skills from the constant training sessions with the seniors of the mana. She conducts OP sessions in most of the Sreedhareeyam branches every month. She has comprehensive knowledge in Shalakya Tantra and is also an expert in the research assisted variations in the traditional methods. 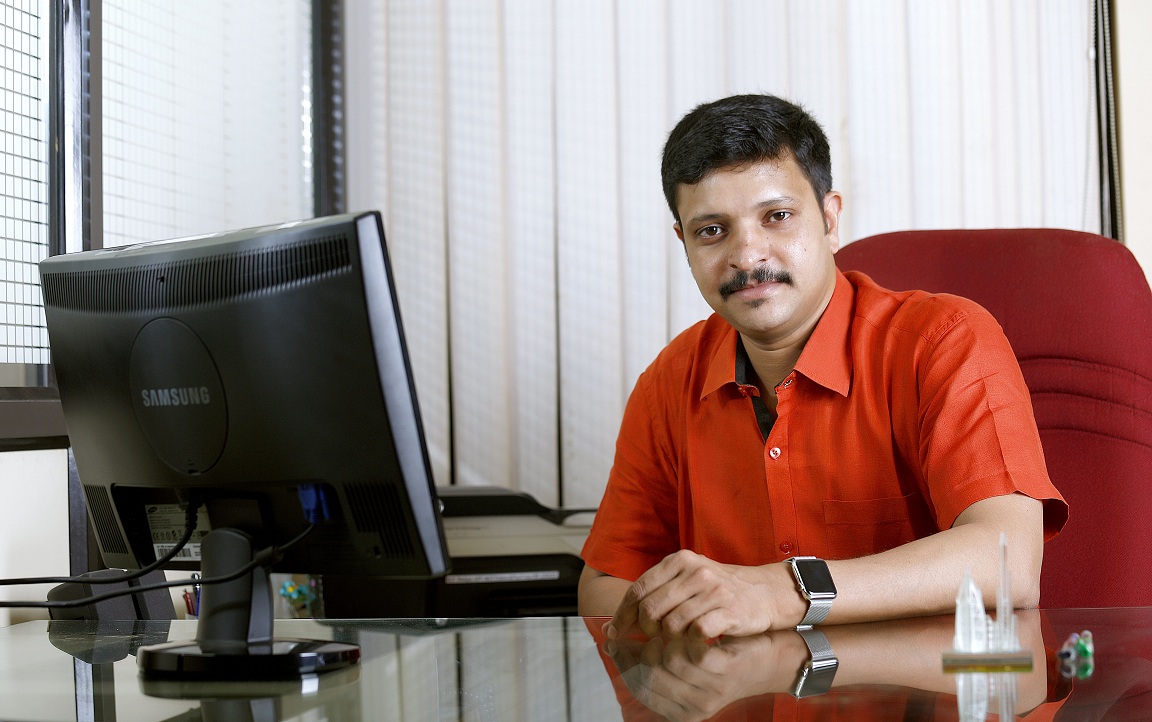 Rajan N Namboothiri heads the manufacturing division of Sreedhareeyam Group. Son of Group Chairman, Sri N.P Narayanan Namboothiri, he is heading the company operations for the last 9 years. He is a Masters degree holder in finance from one of the premier institutes in India. Highly active in social service activities and leading charity associations, he is the recipient of the Lions Clubs International president’s excellence award. Currently he is performing his duties as the District Secretary of projects in Lions Clubs International district 318C. He has been instrumental in shaping the financial and marketing strategies of the company from the beginning. He spearheaded the move to develop the contract manufacturing and exports divisions of the company which has been highly successful.

Spearheading the group’s expansion plans in to other states and different parts of the world, Sreejith Namboothiri has been heading the activities of the branch network. A masters degree holder in Business Management from the Indian Institute of Management, Kolkota, and an engineering degree holder from the DCSMAT, he has single handedly driven the expansion in to a 23 branch network, and is on way to 50 branches all over India in the next two years.